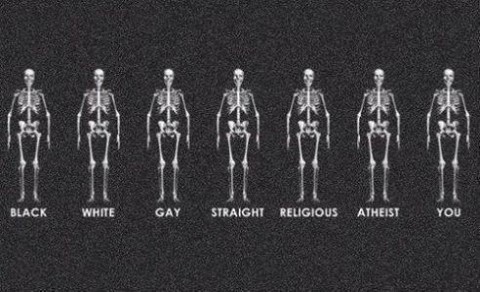 It’s a bit crazy to me that although it’s been said repeatedly that #blacklivesmatter does not mean that the lives of black people are more valuable than other lives, people still get heavily offended and sensitive. #Blacklivesmatter means that our lives are equal to the lives of everyone else. We are no longer 3/4 of a man. We are equal, despite the fact that some people do not agree (consciously and unconsciously). So the hashtag should be understood as #blacklivesmatter(too). It makes perfect sense. There are a ton of great analogies that sum it up perfectly. My favorite one is the one about Bob (or Paul.. something like that.. Let’s just call him Pablo).

No one has the right to judge which lives have more value than others. This is something taught in Christianity, Islam and I’m sure many other religions (I only mention those two b/c I know for a fact, having attended bible school and Islam school growing up). But unfortunately in the society we live in today, it seems that white lives hold more value than other lives. We mourn when France is attacked, but feel nothing when lives are lost in Baghdad and have little compassion for Syrian refugees and our own African American brothers and sisters who have been killed by police.

So let’s get to it. I think that with the recent killings by police officers, it’s important to reflect on the issue. Police have been socialized to treat us (blacks) differently because we are considered to be more dangerous and aggressive than other races, as portrayed by the media and countless other factors that I won’t get into in this brief overview of my thoughts. Because of these beliefs, situations that could have easily been de-escalated result in murder. “Well maybe if he did x, he wouldn’t have been killed. He was a thug. He was a criminal. He was x,y, z so he deserved it.” The victims are painted as criminals by the media so, it’s alright. Get over it, right?

No. We will not get over it. Because if non people of color can get out of a being pulled over for a traffic stop alive, why can’t we?

Last summer, my sister was waiting in her car for a friend when a cop pulled up next to her and asked her what she was doing there? Since when did waiting for a friend become a crime? He then told her “well, you should tell your friend to hurry up because you don’t want the wrong cop to confront you.” What does that even mean?? I became so angry, fearful and sad when she had told me, because what if she had reached for her phone or something and had been shot. “Don’t be dramatic” is what I’m sure some of you are thinking. But hey, it’s happened before… It was that day when I personally felt that I didn’t trust police and that if something were to happen to me I would not feel comfortable calling them. We all want to think that if we behave like a perfect citizen we have nothing to fear. That is NOT true if you are black. This is a problem.

NO I am not saying ALL police are bad. NO I do not think the lives of police don’t matter. #blacklivesmatter and #bluelivesmatter are not polar opposites so for those of you who think so, please stop. I am simply saying that I’d rather not take my chances with police at all because they in general don’t make me feel safe or other black people feel safe.

So for my NPC friends, we, the black community, ask for your support. Support comes in the form of compassion, accepting that you do indeed have an inherent advantage over us from birth simply because of the color of your skin and seeking out information to better understand the situation or listening instead of becoming angry. WE ARE NOT ASKING FOR AN APOLOGY. We are asking for acknowledgement that your privilege exists. This in itself helps greatly. Once you accept that in the eyes of society we are not all equal, you can begin to change the thought process of society by shutting down hateful narratives and ideologies of those close to you. It takes one person. Then that one person helps another, and then another until finally the thought process of the majority is shifted. That is the only way to fix this problem. Because just like with ISIS, it’s impossible to win an ideological war though incarceration and more fighting. The ideologies have to change or the situation is hopeless. It will be uncomfortable. It will be ugly at times. But, it has to be done.

One of my best friends once sat down and asked me if I think that racism still exists. My spine began to tingle and I could feel myself overheating as I got nervous to answer her truthfully. I didn’t want to make her feel uncomfortable because I know it’s difficult for white people to acknowledge that racism still exists. (But as a black person I feel uncomfortable everyday. We adapt, accept it and move on as if it’s ok.)  After a moment I answered her “yes.” It was so difficult for me to explain why at that time, but not anymore. It’s how people look at you differently. It’s the subtle body language and speech that shifts when they deal with you vs. the white customer in front of you. It’s the eyes that follow you around as you walk through the shopping mall, making sure you don’t steal. It’s the comments that are made “we’ll you’re not like the rest of them Sherez so I can be friends with you” or “I’m sorry, but I feel like I can say this to you because YOU are different but why do/are black people _____(insert stereo type here).” It’s the way that our lives are regarded as inferior. It’s the way that our lives are taken without remorse.

Below, I’m attaching links to some great articles that elaborate on the issue more. I challenge you to seek out information because this is not just a problem for blacks. It is a problem for humanity.

Rather than the police deciding how an officer is punished after they’ve committed a crime (like when an officer who caused a death is ‘punished’ by being put on paid leave for six months), they want an independent group to review all cases and dole out the punishments. Since, you know, the police department might be a tad on biased.

“When incidents like this occur, there’s a big chunk of our citizenry that feels as if, because of the color of their skin, they are not being treated the same, and that hurts, and that should trouble all of us,” Mr. Obama said in a statement on Thursday after arriving in Warsaw for a NATO summit. “This is not just a black issue, not just a Hispanic issue. This is an American issue that we all should care about.”

“Police officers never want to say when ya’ll do a bad job. So that’s the reason why the public think all of you are bad.”

I don’t think there’s a problem with the police. You know black people are surely doing something, maybe the black guy did something wrong. You can’t deny the racism.

2 Replies to “#BlackLivesMatter: What it means and how to help”