If you’re like me, you have these fantastical ideas every time Halloween comes around that THIS year will be THE year, and you will have this amazing costume that’s cute, PG 16, comfortable and freaking recognizable. Is that too much to ask for?

And CHEAP! I forgot to mention cheap. Literally that’s number one on the list.

So obviously, costumes of that caliber are synonymous with unicorns.

Or at least.. that’s what I thought. But fret no more my friends! I’ve put together a list of costumes BY HAIR TYPE (and the choir sings hallelujah) to make this year’s Halloween costume selection easier .

So let’s start with my fav. – curly hair

This is one of my favorites because you can spice it up (ha. ha. ha.) or down to your preference. (If you want to be a bit more scandalous, go for the look on the right   😉  ) 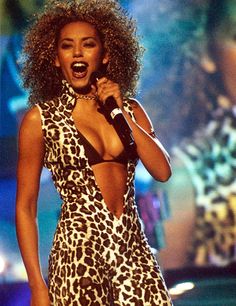 Here’s a great tutorial by one of my favorite YouTubers. It covers the hair, makeup, AND outfit. Literally, it doesn’t get much better than that.

This might actually be my favorite (and most likely what I’m doing this year).

1. I’m a teacher so I have blazers to the gawwwds. 2. If you don’t have a blazer, you can literally pick one up from your local Salvation Army or Goodwill. Pair that with a nice twist out, braid out, or flexi-rod set, and BAM. Hilary. Banks. 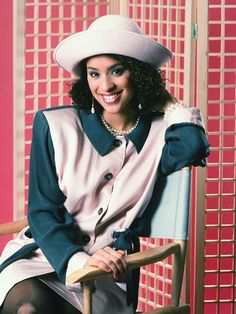 If you live somewhere that’s cold during Halloween, then this costume is for you. A friend told me I kind of look like her (I def. do not but thank you, I’m flattered) so I decided to do this costume like 2 years ago. I was surprised by the number of people who recognized me AND I was warm and comfortable the whole night. That’s a lot more than many can say on Halloween. Also, Janelle Monae. Liked. My. Pic. On. Instagram. 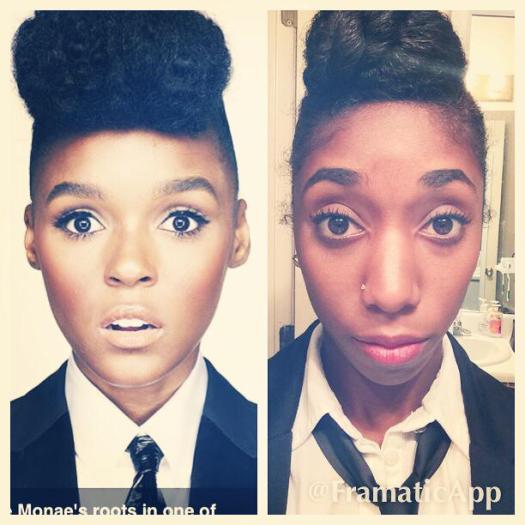 So pretty much (as you’ll notice throughout the rest of this post) Janet Jackson is lit. After Donald Trump’s “nasty woman” comment, I can’t think of a costume more fitting.

Super easy to do, but if you don’t have anyyy black friends, I’m not sure if you’ll be recognized. But who cares. Just say you’re Janet. Miss Jackson if ya nasty.

I would recommend lightly blowing out your hair if it isn’t relaxed and doing a braid-out or twist-out. Pin up the right or left half and your hair is all set.

As for the outfit, all you’ll need is black high waisted pants, a black shirt, a long black blazer and black heels. You probably have all of that already. 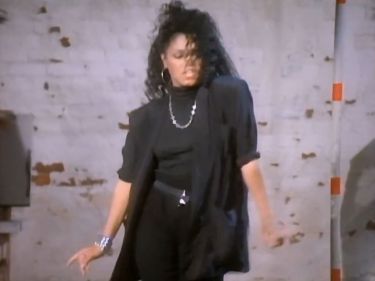 Now let’s have a throw back moment.

Moving away from curly hair, let’s jump into braids.

Ok so liiiiiiiiike….. This one is only for the bad bishes because I mean liiiiike, she’s Beyonce, ya know?

Her formation video was epic and is known by racists, bigots, college students, your grandma, Obama and maybe even Jesus. So if you have a crew of fly girls, you could 100% be Beyonce and her backup dancers from the video. If you want to be Beyonce specifically, you’ll need braids, but her backup dancers had their hair pretty much in their natural fros.

The outfit consists of gray leggings and a gray crop-top. Pretty sure you could find something similar at Target. 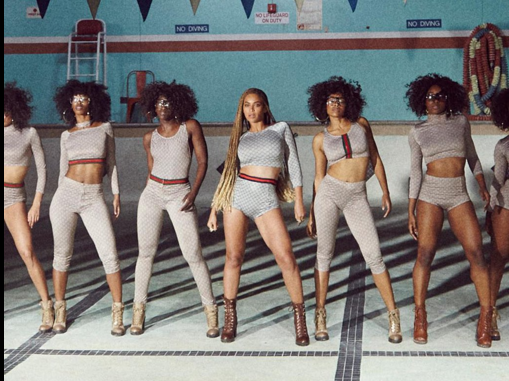 I’d like to think that you’re not being Stacy Dash per se – as she has been given the boot by the black community AND women for her …… comments on all issues important. So just focus on Dionne.

Perfect if you already have box braids. But if like me, you can’t braid to save your life I’d recommend Marley/Havana twists. They’re super easy to install and because you can do them yourself, they’re wayyyyy cheaper than going to a hair salon to get box braids.

Just head on over to the Goodwill or Salvation Army and find pick up a matching plaid skirt suit (is that what they’re called? .. skirt suit..? ) and viola.

I did this a few years ago and was recognized by everyone. Especially the girl with the same costume as me (insert-eye-roll-emoji-here).

Here’s a tutorial from my absolute favorite YouTuber on the Marley/Havana twists.

Another given if you have braids. Like I said before, Marley/Havana twists are a good substitute if not.

This is so simple I’m pretty sure I’ll do it next year. There’s a 99% chance that you already have all of the items in your closet soooo it doesn’t get much cheaper than that. 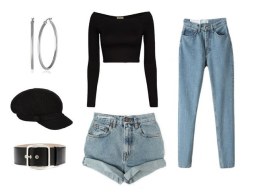 Next up, straight hair.

Janet strikes again. This is another classic that throws it back to the great musical times of the 80s.

Throw your hair in a ponytail. Put on a black hat, black leather jacket, black combat boots and black jeans/leggings/pants and you’re good to go. Add a little red lipstick and yousss lit. 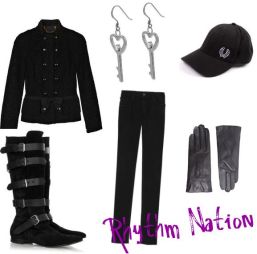 This never gets old. Aaliyah is a goddess. Enough said.

The easiest one in my opinion is the tomboy look. You need a crop-top tank, some boyfriend jeans,  boxers and a bandanna.

My other fav. comes from her Rock the Boat album (probably not the official name of the album. Aaliyah fans don’t come for me!).

You’d need some jeans and a gold/sequins shirt, and you could do a blowout followed by bantu knots or 2 strand twists to get the light beach waves.

So if you’re in a multicultural relationship and you have a white boo, this costume is for you. (Haha, you like my rhyming skills).

All you need is a trench coat or blazer, black pants and a white boyfriend or friend to be your partner.

Ok, so last but certainly not least, a great group costume if you live somewhere warm (orrrr you’ve taken enough shots to feel warm) is Gabrielle Union from Bring it On. This costume would have to be more of a DIY.

Step 2) Get some iron on letters or stencils and paint on “Clovers” on the top. 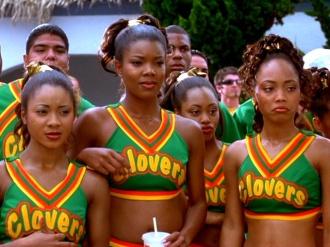 So that wraps it up. I hope this makes choosing a Halloween costume a little easier!

Please comment with pics of yourselves if you decide to do any of these or with other cool costume ideas!