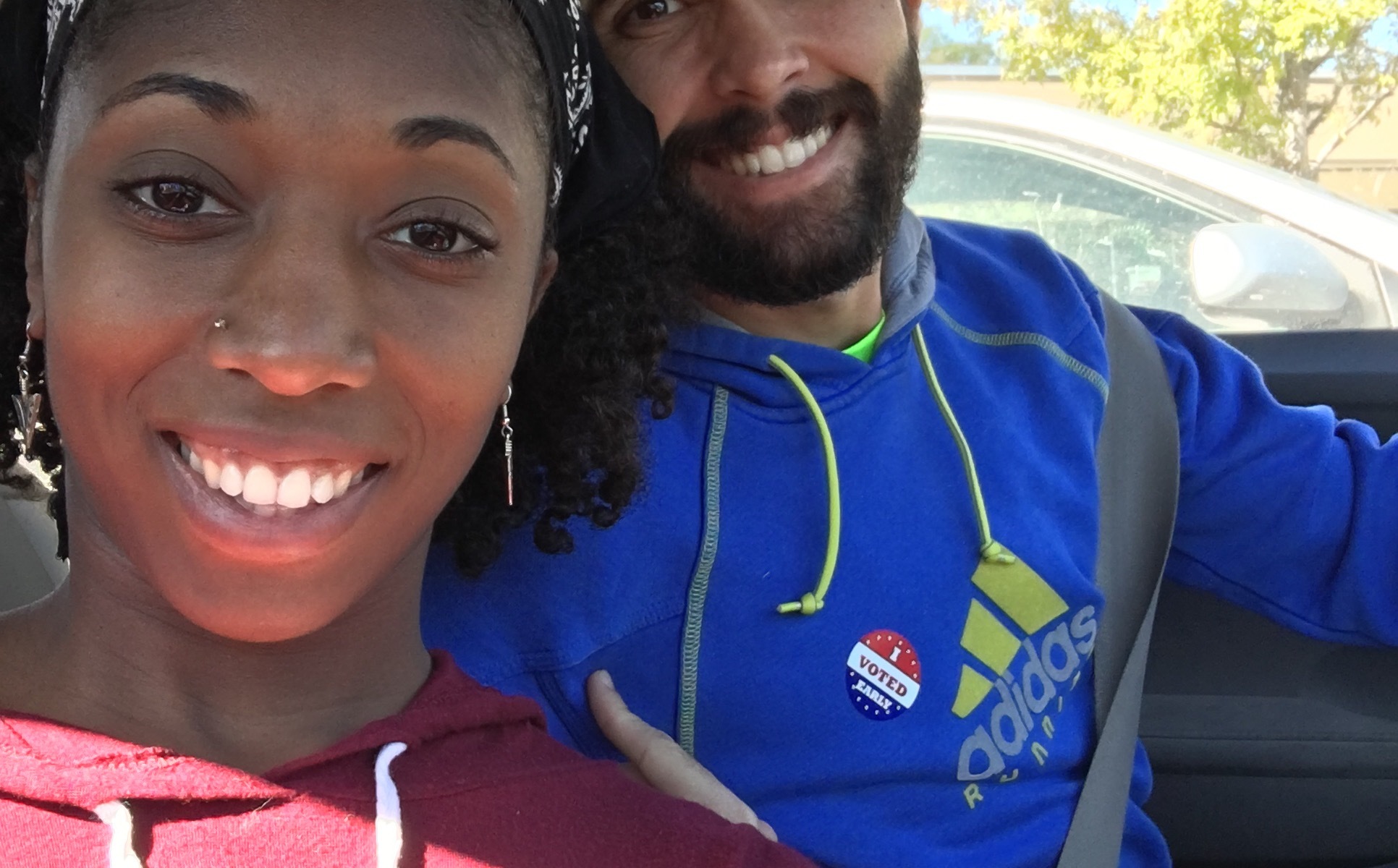 Instead of naming this blog “Naturally Me” I should’ve named it “Politically/Social Injustice-ly Me,” because this is really just a place for me to rant about all of the wrongs in this world/country that get me so worked up.

But onto the issue at hand.

Unless you live under a rock, I’m sure you know that we are now officially 2 days away from election day. Therefore it’s insane to me that so many people, especially African Americans, “refuse to vote.” I understand that in this election, neither of the two major candidates are ideal but then again, when has any candidate ever been perfect?

So, here’s what I’ve gathered as to why people are “refusing to vote” (and I will continue to put that phrase in quotes because it’s just so bizarre to me). By speaking with friends and family, cringing from many a Facebook post and listening to the NPR politics podcast, reason 1) is that there seems to be this general consensus that both candidates are equally bad.

Reason 2) is that many believe that their vote will not count.

Keep reading so you can see how I annihilate these two ridiculous points (in a very nice and polite way of course).

In regards to this idea that both candidates are equally bad, I take this as you don’t have any issues that matter to you. It’s fair to say that both candidates have done shady things (as has every other president and political figure). But it is not accurate to say that they both are equally bad. I used to think the same thing, and then I realized that I was just being lazy and relying on the media to provide me with these drastic stories instead of being a proactive citizen and looking for information on my own. Both of the candidates differ drastically on, let’s see….. ALL ISSUES. So, you can only say they’re equally bad if you are this unicorn-like person who is against abortion and for abortion, you support immigration and yet you want to ban immigration of muslims and other minority groups, you support the “rich paying their fair share” but you want to tax the life out of the middle class, etc. etc. etc… So as you can see, just like unicorns there is no such person out there. Therefore, let me say it again, IT’S IMPOSSIBLE FOR BOTH CANDIDATES TO BE EQUALLY BAD. It gets chalked up to laziness and or self centered-ness.

Many Americans hold this ideology that if something doesn’t directly impact them (meaning they can actually see/feel the impact) it doesn’t matter. That my friend, is called being a bad global citizen and you need to step out of the bubble you live in before life pops it for you.

As for reason 2 (my vote doesn’t count, woe is me, blah. blah.). Cry me a river. That can also be chalked up to laziness because if your vote doesn’t count and you vote, what have you lost? An hour of your daily Netflix binge? An hour of Facebooking/Instagraming/Tweeting/Pinteresting/ etc..? Ok……. I’m sure you’ll survive. But if it DOES count and you vote, you’ve made an impact on your country’s future. If you DIDN’T vote, you’ve now left the fate of your country into the hands of others. If you’re a parent for example, you’ve left the future of your child/children into the hands of everyone except yourself.

I can understand how some people don’t care. Been there. Done that. I was young, I was an undergrad, I was an athlete, I was on scholarship, I was living the life. But I was living inside my own little bubble where I was protected from real world issues. Now as a 25 year old adult, I have bills to pay, I’m an educator, I’ve had extremely high doctor bills, I’ve lived abroad on almost all of the 7 continents. Now I know it’s not just me and my small life. Therefore it’s important to me that I am not just another passive citizen that rides the waves of the masses.

I want to wrap up by pointing out the fact that many people who are “refusing the right to vote” (insert massive side eye) would literally raise hell if that right was suddenly taken away. So use it. Go vote.

Secondly, blacks were not truly able to vote until 1965. One year after my mother was born. This means that neither my grandparents or great aunts and uncles (who are still alive by the way, not the grandparents.. things just got complicated in these parentheses) did not have the right to vote. Don’t let something our ancestors
fought for, died for, were jailed for and were abused for, go to waste. Go vote.

Finally, women were not given the right to vote until 1919. We now have a woman running for president. When people (myself included) say we aren’t progressing as a nation, we can easily look at examples like these to see that that is not in fact the case. But how did we get to where we are? By voting. So don’t be a lazy piece of you know what (I think my mom reads these). Go vote.

→Here’s me making your life a whole lot easier. ←